What Could It Mean? 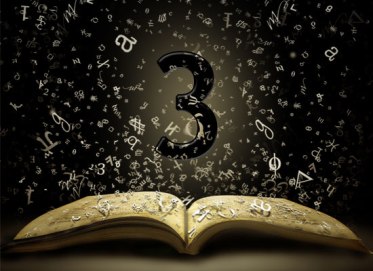 Waking up from sound sleep, Dawn had an overwhelming sense that something was amiss. Sitting up, she looked into the darkness, eyes straining to see. Nothing appeared to be moving, it was pitch black and all she could hear was the hum of the neighbors air conditioner and her heart beating in her ears. Looking at the clock it read 3:33 in the morning, she shivered with disbelief.

“Just great,” mumbled Dawn. With her heart pounding, she knew it was unlikely that she would be falling back to sleep. Her insomnia was already a problem, anxiety heightened now too and rest would not come easily, if at all.

Fluffing her pillows and smoothing her covers, Dawn then laid back down. What was wrong with her? This was not the first time, or even the second time that she had woken up in this state of panic. It was also not the first time she woke up to read 3:33 A.M. on her clock. This made her shiver again, what a weird feeling she was left with.

Three times now this night had occurred. Three times Dawn had woke in an anxiety induced state, three times she had looked at the clock to read the same time and three times she had laid back down to find herself unable to fall back to sleep. “What does it mean?” she wondered. She lay there. wide awake, until her alarm went off three hours later.

Coincidence? Some believe in coincidences and others much more. Has this or similar ever happened to you? I’m not sure what I feel, but similar has happened to me in the past! I hope you enjoyed my short fiction.© ~Mac

Here’s one numerologist’s take on repetitive numbers: “Repeating numbers offer us confirmation that we’re not alone and that the “Universe” is conspiring for us to achieve our life’s purpose and personal satisfaction and happiness while we’re here.  And “speaking in code” is a way to communicate with you, as long as you can translate or transcribe the code and then use the information to validate you and give you renewed strength to move forward into your powerful purpose.” Source:”Repeating of 333″

8 responses to “What Could It Mean?”